Alberta executive director likes what he sees from leader so far 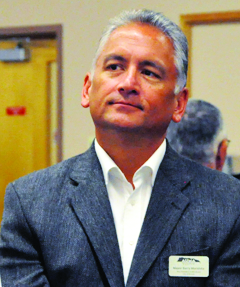 Alberta Party is building from the ground up and executive director Troy Wason is pleased with the base which has been built.

Since the Alberta Party held their Annual General Meeting for 2021 in November in a virtual format due to COVID-19 protocols. Over 175 party members and observers attended to hear an update from Alberta Party President Conrad Guay and an address from new Leader of the Alberta Party, Barry Morishita.

Executive director Troy Wason has been involved in many groups, provincial and civic politics as well a variety of civic and service groups, but the Medicine Hat resident is enjoying his time slowly building the Alberta Party. He wasn’t worried about leadership reviews, just focusing on the Alberta Party first.

“What are our address is that Barry will get out, he will talk to people, he will understand where people are coming from and regardless of who (is UCP leader) and what they do between Brian and Jason or Doug or whomever else, that shouldn’t affect us because why are we responding to their internal troubles?” explains Wason. “Quite frankly, right now I’ve got to be honest, I haven’t been executive director of two different political parties, this is the most serene I’ve been in a very long time. When I was executive director of the PC party, we’re a million dollars in debt. Today, (the Alberta Party) doesn’t have a million dollars, but I certainly think that one day we may and I’m not worrying about the fact that we’ve either (sold out).

“This is a whole different place and again, I looked at the people that were elected on our board and I look at the quality of our leader. I gotta say this right the best job I’ve had many many years.”

(Editor’s note: this interview was done before the Freedom Convoy rallies started.)

The current provincial government have had a number of different rough patches with various controversies.  While it would be easy to constantly point out the trouble and focus on the negative.

Wason says Morishita is more concerned about building up the Alberta Party and not so much the focus on the bad. Morishita is more about collaborating and working to find solutions to problems as opposed to only magnifying them.

“(Morishita) has said this over and over again: he’s not running against anything,“ explains Wason. “He’s not not against the UCP, is not against the NDP or the Greens, or the Liberals. He is basically saying we can work together on solving Alberta problems. When you when you take that approach, and it’s like she wasn’t a confrontational person. He never mentioned the opposition… It’s like, why does it have to be you’re against something? I mean, we’re in a world right now that is so polarized, where you’ve got the left versus the right and the right versus left… when the UCP comes in, it is get rid of everything the NDP does. That’s not a recipe for success. That’s a recipe for disaster and I think that’s what Barry’s message has been. Right from the get go is, this is what are going to be our ideas. There’s good ideas on the left. There’s good ideas on the right. But there’s not only just one answer, there is many answers and putting that together. And I think that’s his skills that obviously was brought by his time of (Alberta Municipaliies Association).

As Wason points out (Morishita)is not new to this with being on the council for six years.

Right now, I would say he’s doing a lot of the right things in the sense of listening. And, I mean, if you’re sitting in Medicine Hat and you’re talking hydrogen, and you go over to the west side, you start talking coal and then you go up north, you’re talking oil,” explains Wason “You realize that it isn’t a one-size-fits-all type of policy you’re looking at. And I think that’s kind of the approach that the leader has taken already is, ‘I’m going to listen to people.’”