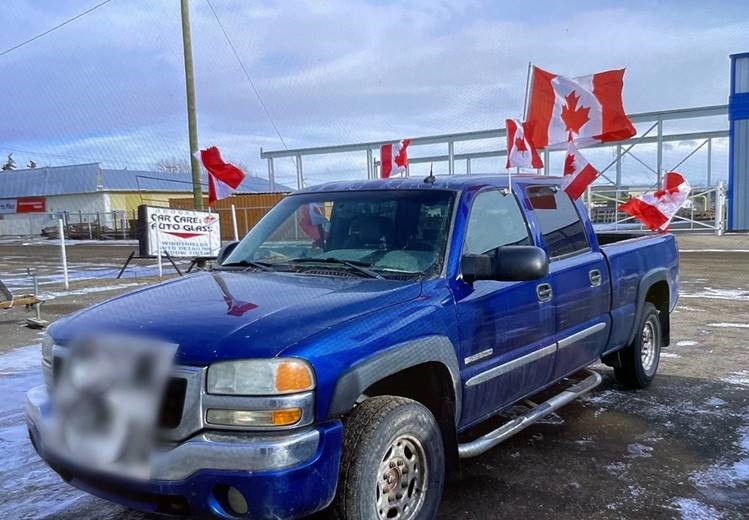 On March 2, at approximately 8:35 a.m., the Brooks RCMP responded to a complaint of a robbery along Highway 1A outside of the City of Brooks.

Brooks RCMP’s investigation into this matter has resulted in the arrest of a 29-year-old female of Brooks and she remains in custody. Brooks RCMP are continuing to search for a 30-year-old male who is a suspect in this incident. A number of additional RCMP resources have been deployed in the Brooks area.

The suspect is described as a male:

The male is believed to be severely injured as a result of his collision.

The stolen vehicle is described as:

The Brooks RCMP are asking the public not to approach the male suspect or the stolen vehicle if located and to call 911 or their RCMP Detachment or police. If you have information and you wish to remain anonymous, you can contact Crime Stoppers at 1-800-222-8477 (TIPS), online at http://www.P3Tips.com or by using the “P3 Tips” app available through the Apple App or Google Play Store.