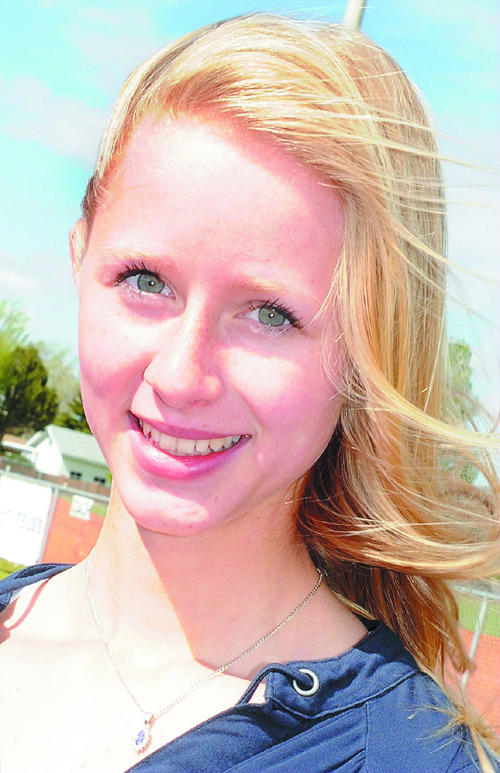 Olympian Sage Watson has been named for the 2021 4-H Canada Distinguished Alumni Award, an honour from an organization that has been a part of her since the first set of starting blocks.

“I’m extremely honoured. When I was, you know, at first nominated for the award, and they told me I had been nominated. I was like, ‘Oh, wow,’ you know, because 4-H was such a big part of my childhood. And it really taught me so much,” said Watson. “There’s so many great alums that come from before each program. So it was just a huge honor to know that I had received the Award for Distinguished Alumni.”

4-H, in particular the Seven Persons 4-H Beef Club, was a significant part of Watson’s life from the age of nine, where she learned not only about caring for animals and agriculture, but much about leadership and skills that would serve her well in life.

“4-H meetings are very, kind of very serious, there’s the president, vice president and treasurer, so it just teaches you a lot about life and what kind of the adult world looks like from a very young age,” said Watson. “It really taught me a lot about public speaking and confidence and what it takes to be a leader within your field of work. So I think learning those skills from a very young age is what has allowed me to have the success I’ve had today.”

Her partnership and work with Canada Beef was what ultimately put her up for nomination, said Watson, who considers even being a potential nominee a huge honour.

“It really feels good to know that 4-H has recognized my accomplishments and what I’ve been able to do within my career,” said Watson, “and I continue to look forward to doing so just being recognized by 4-H, because it’s such an amazing program that has helped and change the lives of so many kids and people within Canada.”

Watson’s younger brother is currently still a part of the Seven Persons 4-H Beef Club, and Watson said that she enjoys seeing him participate in all of the same activities that she used to do and continue to be a part of that community.

“I just obviously want to thank 4-H Canada. I want to thank the community leaders you know, within Cypress County, Medicine Hat, Seven Persons area that continue to be a part of 4-H and allow kids to participate in it. I think it really does make a difference in kids’ lives and teaches them a lot,” said Watson. “And it’s a great way to learn about agriculture and what that truly means in the world. So, just thank you to everyone, 4-H Canada, and community leaders for all their support.”