Posted on 9 February 2022 by Ryan Dahlman 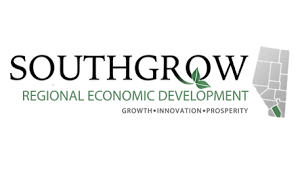 With an ever-changing world regarding energy and federal government mandate to eliminate fossil fuels, SouthGrow Economic Development jumped on an opportunity to assist the southwest portion of the province in advance of that with funding for electric vehicle (EV) chargers.

On Feb. 2, the federal government announced a $2 million investment in SouthGrow’s region “to support the deployment and installation of new electric vehicle charging infrastructure. This investment is funded through Natural Resources Canada’s Zero-Emission Vehicle Infrastructure Program (ZEVIP).” SouthGrow’s funding will be delivered through cost-sharing contribution agreements for eligible projects such deploying fast chargers for EV that will “help meet the growing charging and refuelling demand.”

According to Peter Casurella Executive Director SouthGrow Regional Initiative, municipal governments were given the opportunity to apply for a share of the funding by sending in specific requests for projects in their particular jurisdictions. Southwest municipalities had up until Dec. 16 to make the EV proposals.

Casurella said they had a lot of proposals and hence they were able to get the maximum amount.

The interest in the EV program has been in the area since the fall of 2020.

“So actually, so it’s been that long since we’ve been working on it. At SouthGrow, we are a regional economic development line and we’ve done work in this space previously. We were partially responsible for the Peaks to Prairies Project that we did with partners of ours and Alberta Southwest and the City of Calgary, City of Lethbridge and City of Medicine Hat,” explains Casurella. “We deployed 20 fast chargers across southern Alberta so that our region could be traveled by electric vehicles. That network was completed in 2019, early 2020 in partnership with ATCO. So it made sense for us to go after this. The Natural Resources Canada wanted to give $2 million to various organizations all across the country to subsidize the building of more electrical vehicle infrastructure to help get Canada’s transition underway. We applied and we found out back in the early fall last year that we got it and the paper work all  ground out and all the legal contracts draft stuff done and we’re ready to roll now.”

Amongst the types of proposals eligible for the program included public places, on-street areas, workplaces, multi-unit residential buildings (MURBs), commercial and public fleets (on-road and off-road vehicles). NRCan’s contribution through this Program will be limited to fifty percent (50%) of Total Project   Costs up to a maximum of five million dollars ($5,000,000) per project and up to a maximum of two million dollars ($2,000,000) per project for Delivery Organizations. A lot of hard work was put in to secure the funding by many and Casurella said it was well worth the time to investigate and get the feedback. Because of the Southwest’s interest in the past and now the current project, they did as well as the program allowed.

Funded through Budget 2019 and the 2020 Fall Economic Statement, the Zero Emission Vehicle Infrastructure Program (ZEVIP) is a five-year $280 million program ending in 2024 and its objective is to address the lack of charging and refuelling stations in Canada; one of the key barriers to ZEV adoption, by increasing the availability of localized charging and hydrogen refuelling opportunities where Canadians live, work, and play.”

According to the federal government, it has invested over $1 billion to support increased zero-emission vehicle adoption:  “The Government of Canada has set a mandatory target for all new light-duty cars and passenger trucks to be zero-emission by 2035, accelerating Canada’s previous goal of 100% sales by 2040. Driving down transportation emissions is critical to achieving the Government’s more ambitious climate change commitments and is consistent with the global shift toward zero-emission vehicles.”

Casurella hopes this will be a continuation of the adding of EV chargers. Casurella wasn’t surprised at the level of interest in the program. He says it is a matter if education and understanding this the trends that was happening and the economic opportunities and the world trends that will eventually affect those in Southern Alberta, He notes there are fundamental trends that are happening that the prairies need to jump on soon. There are billions of dollars in projects which can be had and having initiatives like this in place make marketing the region easy.

“To be honest, Alberta is behind the trends, electric vehicle transition and other parts of the developed world is proceeding much faster than it is here, but the same trends are occurring here that we’ve seen already in other parts of the world,” explained Casurella.

“Every year, the amount of EVs (electric vehicles) in the province of Alberta that are licensed on the road, that has been doubling and I think we’re gonna see that number shoot up over 2022 and 2023 very, very dramatically. The rate at which it’s going gonna go up is going to be dramatically and that is because all of the major automakers this year are rolling out their their full EV product lines and it’s 2023 as well. So there’s just gonna be a lot more adoption because of that. Of course, the federal government has a mandate that all passenger vehicles in Canada have to be electric vehicles by 2035.”