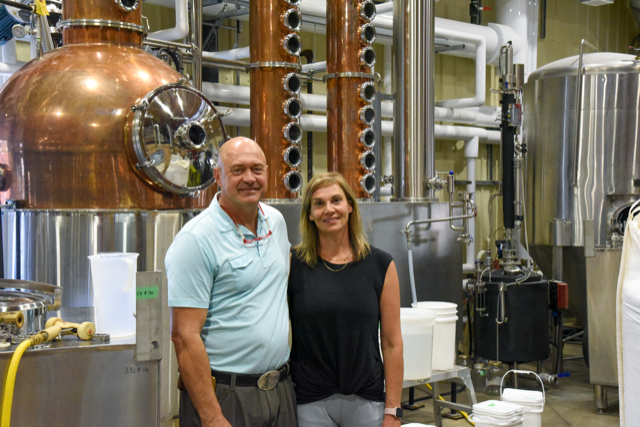 A lack of willing hands and empty bottles may spell dire straits for independent brewers and distillers across Alberta.

The number one issue has been getting or keeping staff, said John Warlow, owner of Tin Dogs Pub and Brewery in Coleman, noting that many people who were previously working in the culinary industry have moved on to new careers with the uncertainty surrounding the constant changes to public health measures.

“Number two problem is having consistency in products. Every warehouse, every factory, with policies if someone gets sick. They’re having manpower shortages as well. So moving products has been an issue. Even something as simple as mushrooms,” said Warlow.

It’s fear of being unable to make ends meet despite being employed, said Warlow, that he believes keeps people away from service industry jobs. With the inconsistent hours due to businesses trying to close earlier in order to keep costs down, as well as significantly lower traffic in a tip-based career, has had staff seeking employment in other fields.

Tin Dogs Brewery has delayed getting licensing to manufacture for eight months, but despite Warlow taking a second job in order to keep things afloat, they’re cautiously hopeful for a turnaround in the future, despite the issues with staff and supply.

“We’re in the process of a three month plan to totally ramp up for the spring and summer with 200 liter distilling for gin and vodka. And we’re hoping in February, we’ll get our beer manufacturer license finalized and start having 100 litres of beer every week,” said Warlow. “I’m really lucky with the staff I have. We’re trying to just make things work as a team.”

Over in Rolling Hills, Pivot Spirits Distillery has found similar issues keeping staff for the restaurant side of their business, though Lars Hirch, owner of Pivot Spirits, notes that this may partially be due to the remote location of his business

“There’s definitely a shortage of people working in this service industry coming back and then we’re very rural. And it’s hard to get people out here. So it’s kind of an extra difficult issue for us there,” said Hirch. “We’re okay for now because things are quite quiet now. But it’s COVID restrictions ease and the people coming out pick up in the summertime as they typically do. We’ll definitely need quite a few more staff members or to serve people properly.”

Hirch has also experienced issues getting supplies required for the distillery, such as the empty bottles needed to sell product, and canning supplies for a new endeavor.

“I guess that’s kind of COVID related,” said Hirch. “Going back to factories shutting down, and supplies running short, and then some shipping issues, and supply chains being disrupted. And then costs of a lot of items are going up hugely. Transportation costs have gone up a lot. And so it’s so many factors.”

While he’s been able to reach out to his normal suppliers for these and some of the ingredients needed for his product, there’s been a worrying lack of guarantee.

“I’m still producing normally at the moment, but in the next couple of months if some of these things don’t improve, my production will be impacted,” said Hirch.