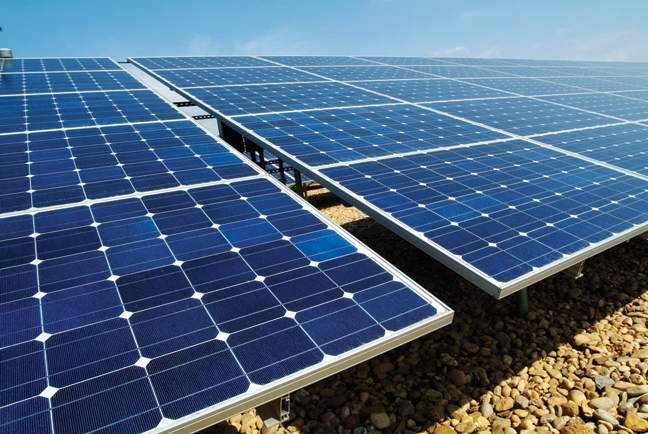 With the peak of coal as a major fuel source seemingly passed, the time has come for solar energy to light the way.

Hosted by the Cardston-Siksika NDP on January 17th, environmental journalist David Dodge and Keith Hirsche of RenuWell Energy Solutions came together to discuss the possibilities of solar energy’s future here in the province.

“I come from Alberta, my whole family practically works, or has worked in the oil industry. So I get this a lot, so energy transition is happening. But you know, the reaction you get sometimes from folks is panic that they’re afraid solar is going to replace oil or something overnight. And that’s just not going to happen. Energy transition is going to take a long time. And we’re going to use a lot of energy through that transition. But we are in a transition,” said Dodge. “We have already passed the peak of coal. And in fact, in Alberta, it’ll be shut down as of next year. In fact, the two or three plants just shut down this month, turned out the operations and will be totally off coal. Our electricity came 81% from coal in 1981. So that’s a pretty radical transformation. So this is just to say, that’s where we’re coming from and where we’re going.”

About 80% of investment in power up to 2050 is predicted to be in renewable energy, said Dodge, as the demand for electricity rises as part of the response to climate change, which has resulted in more electric cars and heating.

These changes are not without costs, however.

“There are jobs associated with renewable energy, but there are probably fewer jobs in the long term. And why? Because the fuel, sunshine and wind is free. So you don’t have to actually have trucks going out mining, you know, driving it around, processing it, bringing it back to the facility to burn. Because the fuel is, once you have that initial investment, covered; your fuel is free. So long term there, there are fewer jobs associated with it, which is a bad thing for jobs, but a good thing for consumers who are trying to buy the electricity,” said Dodge.

However, Dodge also notes that much of the land used for solar farming can still be used for its original purpose, which in many cases is grazing, and the producer may even benefit from the higher and better quality fencing around a solar installment for their livestock.

This growing demand for alternative sources of energy may from the increasing cost for the production of oil and gas.

“From 1985 to 2000, the average cost of producing a barrel of oil was about $5. And then you can start seeing in 2000, that that cost is increasing. And that’s really marking this change from these low cost conventional oil fields, to the more and more expensive deepwater marine or shale, which has been required to fill the gap, as these older conventional gas fields have run down,” said Hirsche. “Now, if you look at solar production, you can see, as David pointed out, this incredible drop in the cost of solar. And as the cost of solar has dropped, the installed capacity has rapidly increased. And today, if you kind of look at equivalent costs, you look at the energy equivalency of a barrel of oil. And you look at what it would cost to generate that equivalent energy using solar. We’re right now in Alberta, at a cost of about four cents a kilowatt hour, which is equivalent in energy terms, to about $20 a barrel. So we really hit a point, if you’re looking at something like an electric car, you can find that you’re operating at a much lower cost for energy, than we have been in the past with fossil fuels.”

Should Alberta come together to invest into solar energy, especially in sites such as the ones RenuWell works with where oil and gas infrastructure was previously installed and is no longer in use, these problems could become assets in the changing world.

“If we can really create this environment in Alberta, with these specialized skills and sort of the streamlining of these site conversions, then Alberta can be a worldwide leader in the integration of conventional routes, and renewable energy systems,” said Hirsche.