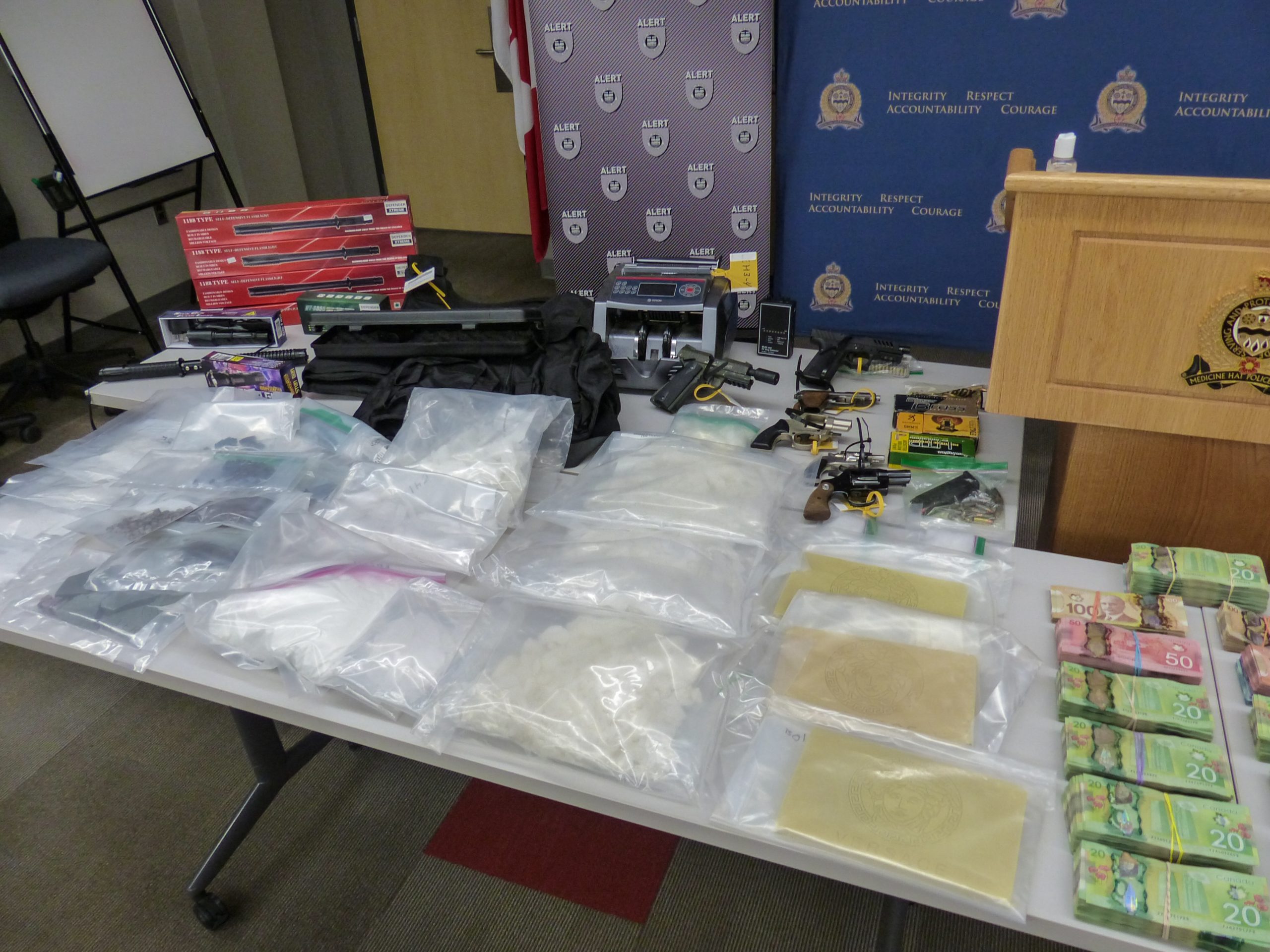 Five people have been charged and more than $1.6 million in fentanyl and meth were seized in a joint investigation between ALERT and RCMP Federal Serious Organized Crime.

The investigation originated in Medicine Hat and came on the heels of a series of large drug busts in southeast Alberta in early 2020. ALERT was able to trace back the drug supply, and leverage criminal intelligence, in order to develop a clearer picture of the criminal organization believed to be responsible.

More than $1.6 million dollars’ worth of fentanyl, methamphetamine, and cocaine were seized, along with 11 firearms and $82,000 cash. Five members of the drug network have been charged with offences ranging from drug trafficking to conspiracy to traffic drugs to participating in a criminal organization.

The seizures took place during the course of the investigation and included homes being searched in Calgary, Edmonton, and Fort St. John, B.C. Investigators seized:

Analysis is being completed on the firearms and drugs seized. The fentanyl alone represents a theoretical yield of 50,000 doses, as it would be typically sold on the street-level.

Four people have been charged with a total of 37 criminal offences:

A warrant has been issued for an additional suspect, who is presently believed to be somewhere in British Columbia: