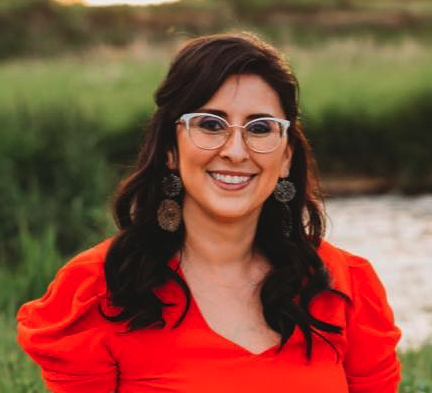 With some of the federal restrictions lifted for medical professionals, an unusual option for those seeking treatment for mental health issues: psychedelics.

Ana Schlosser has been offering Psychedelic Integration therapy for around four years now as a part of her practice. She’d always been drawn to things that are outside the box, she says, such as drumming or dancing.

“I myself being Hispanic, being Mexican, there’s just certain ways of healing in terms of our culture, things that we believe is the same for all other cultures,” said Schlosser. “Being here in Medicine Hat, more connected to being able to witness Indigenous communities more closely than I have before. I see the methods in which people heal, and those things are not always explainable.”

Research into the use of psychedelics and psychedelic-like substances for therapeutic purposes has been around for the past 10–12 years, said Schlosser, though more common in California and New York. The pandemic allowed for Schlosser to complete training for the practice, as the requisite training moved online to be in compliance with federal public health measures.

The concept of psychedelic integration therapy actually encompasses three stages, beginning with preparation before what Schlosser referred to as a medicine journey, or the actual use of the substance, before finally returning to the therapist or practitioner to help unpack and integrate what was experienced while in an abnormal state of being into daily life.

“What most people don’t realize is that we all access non- ordinary states in different ways. If you’re a dancer, many dancers will talk about being in sort of a flow where they don’t even realize people are around them. They can almost feel the music that’s a non-ordinary state. Drumming. Floatation tanks, like sensory deprivation — flotation is a form of knowledge. In ordinary states of consciousness, meditation, prayer can sometimes be that as well,” said Schlosser. “So I think there’s this perception that psychedelics are the only non-ordinary state you can get in, which is just simply not true. What we know is that the more practise you are in non- ordinary states, the easier it is for you to get into one. A lot of the preparation is just education. Educating not only the person that’s preparing for that, but also educating the support person in their life, whether that’s a spouse or a friend, or a parent, or whoever it might be.”

Many preparation phases may not lead to a medicine journey, notes Schlosser, due to personal history of psychosis, or conditions such as schizophrenia running in their families.

“The foundation of this is harm reduction, honestly, so being able to provide education and information to people so they can make an informed decision, but also so that they can do it within the balance, that they’re not going to be harmed, or they’re going to be managed,” said Schlosser.

What makes this practice unique is that some people will not speak at all, and still experience profound change and healing, said Schlosser, as what people experience on these medicines varies greatly and different medicines do different things.

“What integration initially is about is allowing people to have a place to talk about what they experienced because it’s not always rational. It can be very abstract. It can last for weeks, months, and some people have even reported years after one medicine journey. Some of the most recent research talks about a very common antidepressant called Escitalopram and Escitalopram being a SSRI (selective serotonin reuptake inhibitors) antidepressant that many… people are on, that one dose of psilocybin is just as effective as 70 doses of Escitalopram. Most people on Escitalopram, you’re having your symptoms managed. So depressive symptoms are managed so that you don’t become as low in your depressive states. Whereas with psilocybin, you’re actually working at and resolving the issues that are contributing to the depression.”

The use of ketamine has been found to deal well with both the physical and mental ailments of those with chronic pain, and MDMA has proven particularly effective for those living with Post Traumatic Stress Disorder (PTSD), said Schlosser.

“The areas of the brain that the MDMA acts on, allows the fear centers of the brain, the defense mechanisms of the brain to shut down. And so then people are able to talk about what their trauma has been, they’re able to see things from a different perspective, they’re able to really listen to their sort of inner calling for empathy, and connection. And for PTSD, that’s really significant, because trauma makes people shut down and withdraw out of fear, of fear of connecting or being abused or harmed in some way,” said Schlosser. “And so what ends up happening with PTSD is the fight or flight systems are sort of overactive. And so the MDMA allows that to shut down to process the things that have contributed to the trauma, and then afterwards, sort of a rewiring of that fight or flight system. We’re seeing that this is as effective, as after upper 60 percentiles in three sessions, which is significant, because anyone who does PTSD therapy knows that you aren’t even getting the story at three sessions. Trauma therapy tends to take a long time. We also know that the medications that people tend to be prescribed when they’ve been traumatized, don’t actually tend to help that much over the long term. And so this is pretty significant to see. response rate that in three sessions, this is what’s happening. And that’s just the clinical trials.”

This can be helpful for not only the client, but for the therapist themselves, as well.

The recent change to how medical professionals can request access to these substances is major progress, said Schlosser, but can be cause for some concern, as well.

Previously, medical professionals would request an exemption through the Special Access Program for patients who had tried many other, different forms of help and were needing to try something else. However, recent news states that any doctor can now apply to this exemption, which should open doors for those interested in integration therapy.

“This is huge progress, because it really shows us that Health Canada, and the government is getting on board with recognizing how significant these medicines can work. And so it’s exciting, in that we see a shift happening. They also encourage a lot of clinical research and sort of saying, We’ll give you an exemption. But it’s much better actually, if you do a clinical trial, then you can serve many people at once. And so, to me, they’re sort of encouraging clinicians and doctors to do the Clinical Trial Route so that we can get legalization sooner, because we have the numbers and the research to show it. So that’s exciting,” said Schlosser. “But I do have one concern in relation to that is that doctors don’t all have training in this area. And so honestly, right now, more therapists have training in the use of psychedelic medicines than physicians. And so we’ve given the power to the physicians, but that does not guarantee that the physician has any training. And so this is where I get a little concerned that when we have medicines like this that are so promising, that when people don’t contextually understand how they work or why they work, or what are the circumstances such as set and setting that need to be made in preparation, that it kind of becomes a bit of a free for all and sort of this magic pill kind of mentality, which is a little concerning.”

Schlosser notes physicians without training may be unable to guide patients through challenging experiences while they’re under the effects of the substance, as they’ve never had a medicine experience themselves, which can lead to further challenges, but she hopes that with time, this will move towards an end of stigma in regards to psychedelics their potential for healing.

“If I had a client who came to me that was abusing cocaine, or alcohol, that would be no different working with teenagers who are engaging in underage substance use, they have to have a place to go, have a place to talk about it. But we have this perception that if it’s illegal, it’s bad. And that’s not necessarily the case when it comes to psychedelics. And so that’s why I think we’re seeing such a shift in moving forward towards legalization,” said Schlosser.