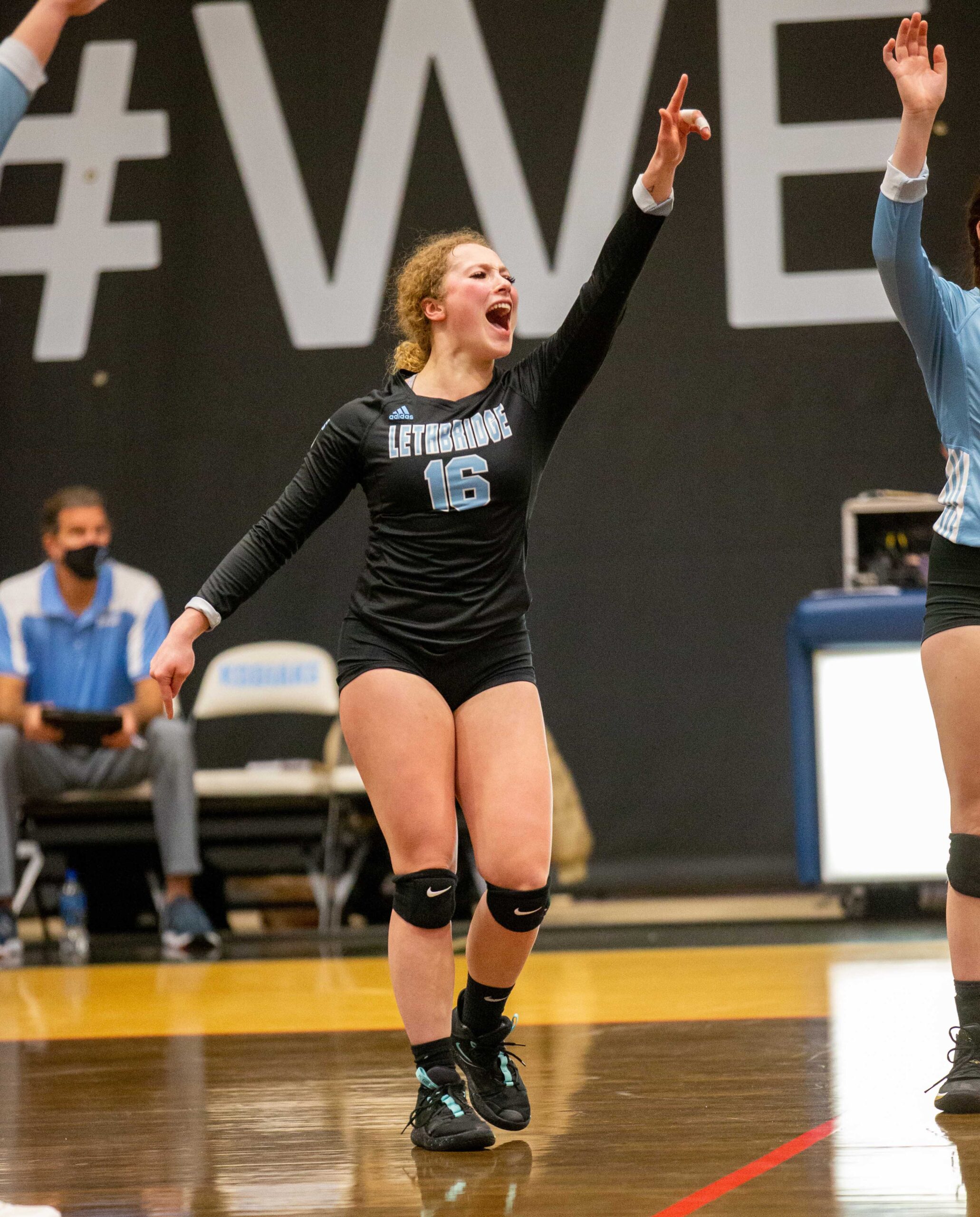 The Lethbridge College Kodiaks basketball and volleyball teams are set for a home-and-home series with the Ambrose University Lions this weekend.

Kodiaks volleyball will kick things off at home on Friday night (Jan. 28), then head to Calgary for a rematch on Saturday. Meanwhile, Kodiaks basketball visits Ambrose on Friday before welcoming the Lions to Val Matteotti Gymnasium on Saturday.

The Kodiaks will host the annual Make Some Noise for Mental Health (MSN) nights at both home games, presented in partnership with the Alberta Colleges Athletic Conference (ACAC) and RBC. The campaign aims to promote mental health awareness and reduce the stigma associated with mental health concerns. The Kodiaks will look to further the conversation by delivering mental health information to fans both inside the gymnasium and through social media.

Fans will be permitted to attend Kodiaks homes games this weekend. Restrictions remain in place, including limited capacity and a masking policy that will be strictly enforced. No food or drink will be allowed inside the Val Matteotti Gymnasium.

The Kodiaks men’s and women’s basketball teams are riding win streaks after completing a two-game sweep of Briercrest last weekend. Kodiaks men’s volleyball will look to get on a roll after splitting a road series with Briercrest. The Kodiaks women’s volleyball team had its matches postponed last weekend and will return to play looking to add to its five-game win streak.

Match start times will also change across the ACAC this weekend. The women will now play the early game, with the men to follow.

The Kodiaks took over first place in the ACAC south division after an impressive two-game sweep of the Briercrest Clippers last weekend. The team has now won seven games in a row and will look to extend their streak against the Lions.

Scouting the opposition: After opening the season with two victories, the Lions have stumbled through a six-game losing skid and will be desperate to get back into the playoff picture. Paige Goertzen leads the team in scoring, averaging 11.7 PPG.

With a pair of wins against Briercrest last weekend, the Kodiaks entered a three-way tie with SAIT and St. Mary’s for first in the ACAC south division. The team’s defence delivered its best performances of the season, holding the Clippers to under 60-points in both games.

Scouting the opposition: Despite their place in the standings, Ambrose has played opponents tight this season – including grabbing wins over Briercrest and SAIT. The Lions have proven to be tough on the glass, sitting third in the conference in total rebounds per game.

After having their matches postponed last weekend, the Kodiaks women will be eager to get back on the court and try to extend their five-game winning streak. Lethbridge is in a three-way tie with Briercrest and Ambrose for second in the ACAC south division, so this weekend’s series will be an important matchup with playoff implications.

Scouting the opposition: Ambrose is led by Madeline Williscroft, who is top-five in the conference in both kills per set and hitting percentage.

The Kodiaks men are eager to bounce back after a disappointing 3-2 loss to Briercrest last Saturday. Lethbridge is fourth in the ACAC south division and will look to climb the ladder with a good performance this weekend.

Scouting the opposition: Ambrose setter Emmitt Juul-Hansen is second in the conference with 9.27 assists per set. The team is coming off a 3-0 win over Medicine Hat last Wednesday.

Jr. & Sr. High Appreciation Night Returns  – The Kodiaks are partnering with the Lethbridge College recruitment office to present Jr. & Sr. High Appreciation Night at Saturday’s home basketball games. All local area high school students (and their chaperones) will receive free admission to the games, with prizes including Kodiaks summer camp vouchers available to be won throughout the evening.