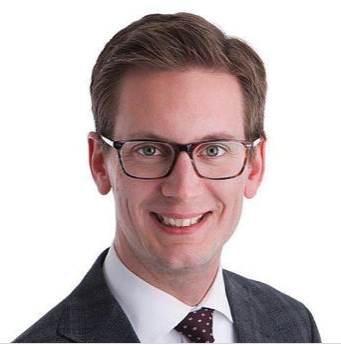 While the road to universal connectivity may be long, the province is ready to have shovels in the ground next construction season.

On December 16th, Alberta government released a followup to their July announcement, confirming a memorandum of understanding with the Government of Canada, matching Alberta’s initial investment of $150 million dollar for dollar.

“Rural Alberta is suffering from not having good internet connectivity. The pandemic has highlighted that problem as we become even more reliant upon the internet for education, for health care, for many other important things,” said Minister of Service Alberta Nate Glubish in an interview. “Earlier this year, the premier and I announced that Alberta’s government would commit $150 million to invest into improved connectivity infrastructure for rural, remote and indigenous communities across the province.”

“Now, what we announced just recently is that Alberta’s government has secured a dollar for dollar matching funding agreement with the federal government to add to that investment, so our $150 million commitment is being matched with $150 million from the Federal government. So total $300 million of public funding to support improved internet connectivity in rural and remote Alberta,” said Glubish. “So this is some really good news, especially for those folks living in smaller communities and in remote areas across the province. This is the first significant financial investment into conductivity in over 15 years. And really looking forward to working together with the federal government to roll this out. With the intent of announcing successful projects early in the new year, and a focus on getting shovels in the ground in the upcoming construction season.”

The rollout of this funding is accelerated by being partnered with the Universal Broadband Fund, said Glubish, which already has hundreds of applications for projects here in Alberta.

“This is a way for us to take an existing application process that has already begun and add an Alberta lens to it, by ensuring that the Alberta government and my team are able to have a role in ranking and prioritizing those applications, so that we can select those projects that are going to have the best benefit to Albertans and Alberta communities for a given amount of public sector dollars that will be supporting those projects,” said Glubish. “There’s a significant number of projects already in front of the universal broadband fund, and we’re looking forward to being in a position to make some announcements on those early in the new year.”

Though there’s an expected further investment from the private sector of upwards of $100 million, Glubish acknowledges that these are just the first steps to universal internet for Alberta.

“We know that this is roughly a billion dollar problem to solve. And as I’ve said, we’re you know, the combined resources of our $150 million, the federal $150 million, and then, north of 100 million from private sector, we’re talking just above $400 million, as a part of this initial push, there will still be more work to be done. And, and it’s important that we have a framework to start from so that we’re not starting from scratch as we talk about those future steps,” said Glubish.

The Alberta government has been working extremely hard to secure this partnership with the Government of Canada, said Glubish, and continues to work hard to complete the project as soon as possible.

“This is action now and today with certainty,” said Glubish. “We are absolutely committed to reaching universal connectivity. And we’re committed to doing that in a financially responsible way. And the good news is we’ve included in our agreement with the federal government, a framework to permit future collaboration. And I’m looking forward to getting to a position where we can unlock some of those future steps.”

“We know how important connectivity is for rural Alberta. We know this has been a significant problem for a long time. And we want you to know that this is a priority for the Alberta government. That’s why we’ve committed this initial investment of $150 million to tackling this issue. That’s why we worked so hard to unlock this agreement with the federal government to bring another $150 million back from Ottawa to Alberta, to focus on this important priority and we will, we will keep working hard every day to roll this out as quickly as possible to get shovels in the ground as quickly as possible and to make sure that folks in your community see some of these results in the near future,” said Glubish.