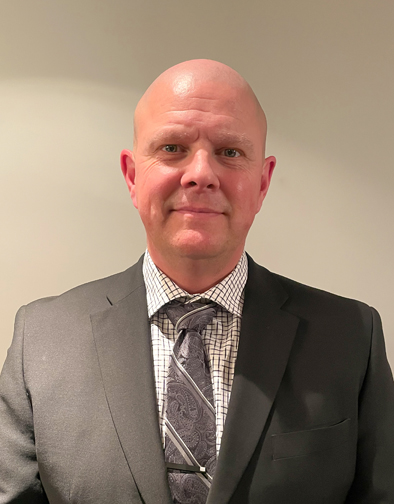 The Lethbridge Police Service is pleased to announce the appointment of Gerald Grobmeier as the new Deputy Chief of Police.

Grobmeier is joining the LPS after 28 years of national and international service with the RCMP, most recently as the Superintendent in charge of the Red Deer Detachment where he led a team of 174 police officers and 86 municipal employees. He will assume his new position on March 7, 2022.

“Gerald’s extensive experience, ability to lead through change, dedication to building relationships and the vision he brings to policing make him an ideal fit to join our team” says Chief Shahin Mehdizadeh. “The fact that he’s coming from a similarly sized community with many of the same issues and challenges we face in Lethbridge, will also be a significant benefit as we engage in strategic planning for the next four years.”

During Mehdizadeh’s career with RCMP he and Grobmeier worked together and their familiarity is expected to help expedite the transition.

Grobmeier began his policing career in 1993. He is an accomplished police leader with nearly three decades of operational and administrative experience and a proven track record of innovation in crime prevention and reduction strategies. He has served in detachments across Canada and spent four years in Berlin as the liaison officer in charge of all international investigations involving Germany, Poland and Austria. Grobmeier holds a Bachelor of Arts Degree in Sociology from the University of Regina and has completed a number of executive development and leadership programs.

“I am honoured to be joining the Lethbridge Police Service and look forward to working with the organization’s many community partners to foster our relationship,” says Gerald Grobmeier. “Lethbridge is a great city and my wife and I, along with our two dogs, are excited to make it our new home and become part of the community.”

In October the Lethbridge Police Service, in partnership with the Lethbridge Police Commission, engaged in a national search following the retirement of the previous Deputy Chief. The panel, consisting of Chief Mehdizadeh, Dawna Coslovi, chair of the Police Commission HR Committee, Jason Elliott, City of Lethbridge Manager of People and Culture and Chief Mark Neufeld with the Calgary Police Service, received numerous applications from across Canada and following a series of interviews last month Grobmeier was selected as the successful candidate.

Until Grobmeier assumes his new role in March, Interim Deputy Chief Scott Boyd – who was temporarily seconded from the Calgary Police Service – will remain in place.