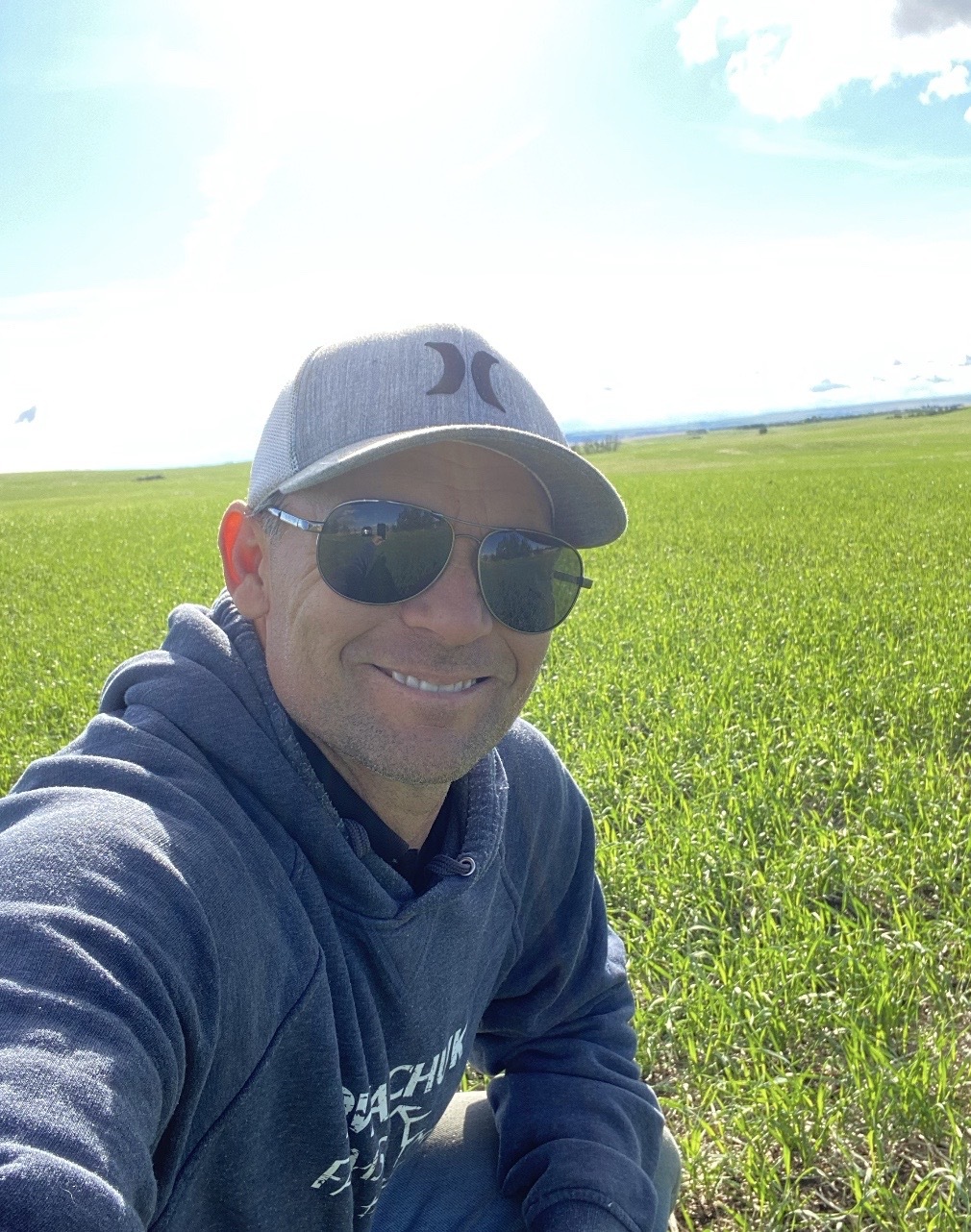 Working alone on a farm near Trochu, Alberta can be lonely. Farmer John Kowalchuk manages to keep a sense of connection to the greater world, however, by being a Twitter and Tiktok star.

“When I introduce myself, and I, even when I don’t introduce myself, I’m just talking to somebody, I always seem to get back around to the fact that I’m a farmer, that seems to be a big part of it is because it’s such an important part of my life, the industry that I’m involved in. So a lot of times, I’ll just introduce myself as a farmer from central Alberta,” said Kowalchuk.

He comes from an agricultural background, working on his father’s farm since he was nine years old. While he attended Olds College for agricultural mechanics and took jobs off the farm in his teens and younger adult life, Kowalchuk said he always knew he would return.

Kowalchuk works alone and describes himself as a grain farmer, primarily growing peas and lentils; there was a time when he took part in attempting to grow soybeans in 2014, though he notes that central Alberta lacks the right conditions for the plants. Working alone was somewhat isolating, however, which gave him the motivation to turn to social media for interaction during his day.

“I started out on Twitter kind of as a way to have some interaction during the day on the farm because I farmed by myself. So yeah, and that was the big part of it, and then I started to see that other people were following me and asking questions. So then it started to be maybe more of a sharing of the story on my farm, as well,” said Kowalchuk. “It has become a little more back to where I’m interacting with people and meeting people. I’ve met some pretty neat people through social media and got to meet them in real life. And it’s pretty cool to meet people in our industry and be able to meet them in person and have those conversations and make friendships.”

Kowalchuk described being able to interact with people he’d never met in real life as if they were longtime friends, due to conversations had before over Twitter.

“It’s kind of neat that way and I think that’s the good side of social media. Of course, there’s always the bad side where you might have people that are trolling or, or wanting to click down other people and those guys tend to fall off quite quickly,” said Kowalchuk. “And you can manage social media, I think if you do it right, where you can have some really good conversations still on it, it’s just learning how to manage it properly and hopefully you don’t have too many bad encounters. But for the most part, everything I’ve had to do with social media has been pretty positive.”

In addition to Twitter, Kowalchuk has taken to TikTok, a decision made partially due to Twitter’s tendency to take down videos that contain copyrighted music. TikTok, conversely, has the credited use of copyrighted music as an integral part of the platform, making these videos of Kowalchuk and his farm much easier to share

“It’s kind of fun and you do reach a different audience there. It’s a lot of younger people and I’ve had comments, even from like, 16–17 year old people from the city that comment, and younger kids, because they’re tiktok all the time, saying “Oh, I saw this on my for you page. And that was like, the first time I’ve ever talked to a farmer. Those are really nice conversations.”

Kowalchuk is also a former Director for Alberta Pulse Growers, an opportunity he largely attributes to his presence on social media.

“I got approached if I’d be interested in joining Alberta Pulse Growers as a director, and I thought about it quite a bit. I got to meet some really cool people and some really smart people and got to travel a little bit in Canada and, and was able to go to Ottawa a couple of times and meet with some ministers and talk about farming in Western Canada and tell our story and, and maybe help maybe tell the story of some of the policy that was needed in Western Canada for farmers,” said Kowalchuk.

He went on to share the idea that “if you’re smarter than everyone in the room you’re in the wrong room,” though he never felt as if he was in the wrong room during his time with APG and it was a tremendous learning experience for him, owed in part to his less official time promoting alberta pulse as an independent farmer.

Kowakchuk considers himself an avid supporter of social media, and encourages others to put themselves out there and make the connections that have made his days more interesting.

“The thing I always say to people, if you’re going to go on social media and, and want to share your story, don’t be afraid to do it. And honestly it’s your channel to tell the story that you want to tell,” said Kowalchuk. “And I think everybody has a really cool story.”