Cleaver Kids clever idea for 4-Hers 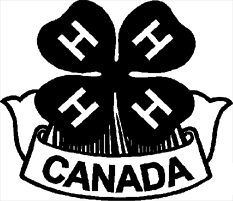 It may be a few years before they’re ready to show a fully grown steer, but that doesn’t stop Irvine’s Cleaver Kids from being upstanding, if unofficial, members of their 4-H communities.

Lee Vossler, the Cleaver Leader for the past five years, says that most of the members are younger siblings of current members of the Irvine 4H Beef Club, which runs on the same nights.

“The Cleaver Program is basically for any kid, six to eight years old, and up to nine. Because 4-H is one of those things that’s dependent on when your birthday is. So in general, I tend to have kids that are siblings of 4-H members. So they’re like the younger version, and they’re waiting to become a 4-H member when they turn nine,” said Vossler. “But it doesn’t mean that they have to be siblings, right? We’re definitely open to any and all kids that want to participate in 4-H activities. So we participate in a lot of things with our club, which is great. And then we also do some things separately from them.”

Vossler notes that while the Cleaver Kids are less official than the meeting that takes place upstairs, they still work to learn some of the basics of being a member of a 4-H club, and take part in some of the monthly focuses.

“We work on things like learning the 4-H pledge, and just how to be good friends and good listeners. And we build a craft, and I play games with them. And we have fun,” said Vossler. “Right now, February is communications month for all of 4-H all over Alberta. So that generally means that the members give a speech and are judged and have the potential to move on to districts and whatnot. The Cleavers aren’t required to give a speech, but I get my kids to do it. Just because public speaking can be tricky. And the earlier you do it the easier it’s going to be, right? If it’s not a big deal when you’re six, why would it be a big deal when you’re 10?”

The children also participate in events such as show day with the Beef Club, where they often show either a calf or a lamb, which are more manageable for someone their size.

“This kind of ties back into what the club is doing, what the quote big kids are doing, right? And they have their show and sale. So they show their steers and their heifers in their cow calf projects, and basically, whatever projects they’ve come up with. So we thought it’d be good for the cleavers to be able to show something. The members are judged, there’s a showmanship portion and quality portion. And the cleavers are not judged, it’s just show and tell. But they really feel like they’re, you know, like part of the big kids and they get to walk around with their sheep. And even at six, within our club, most of them are in charge of feed and water. So early is like a really great stepping stone.”

While some Cleaver Kids don’t move on to become full 4-H members, they take away lessons on community engagement, communication and life lessons that they can carry no matter where their interests take them when they leave.