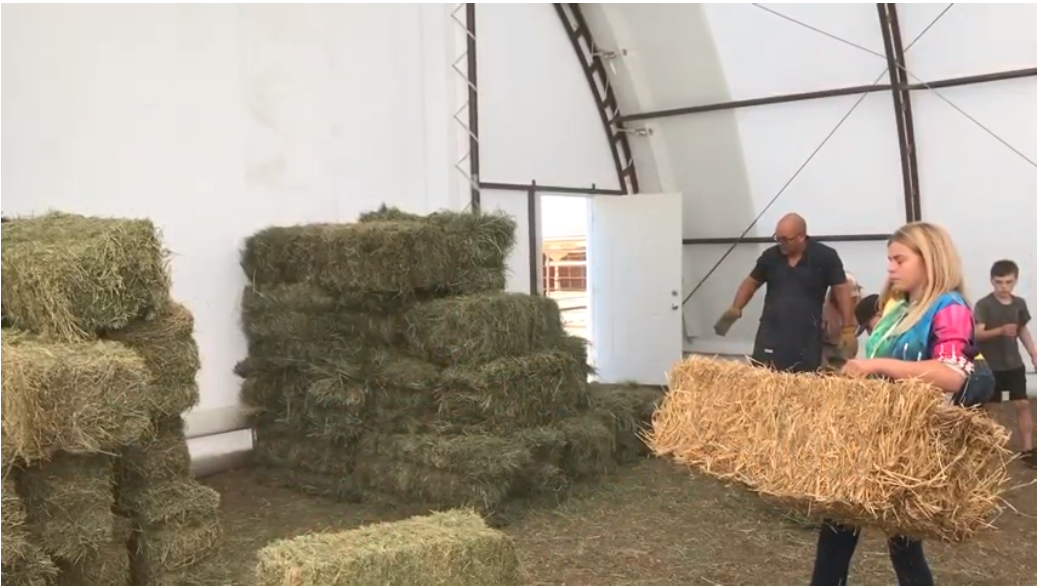 The Agric. Discovery Centre is innovative, even with their board of director choices.
Recent Posts
Recent Comments

Irvine School’s Agricultural Discovery Centre is taking a bold move with their new Board of Directors, ready to leave their mark on the program, when they’re not too busy with homework.

As part of a plan to foster leadership skills and entrepreneurial spirit in students participating in the Agricultural Discovery Centre, students will be taking part in the formation of a Board of Directors, consisting of their peers, said Nichole Neubauer, Agricultural Educator and one of the partners behind the ADC.

“This whole initiative, really, it’s all about process over product. So we think that the key learning is going to take place in the experience and in the doing piece of this,” said Neubauer. “So sometimes, in order to make the true leap to getting the buy-in from the students, it’s important to give up some of the control, putting them in control, so that they have even more vested interest in the outcomes of the Discovery Centre.”

The students themselves will be nominating themselves or their peers for the board, with teachers interviewing the candidates for aptitude. The first board meeting is slated to take place on March 7th.

“It was always in the plan for it to be a student-led initiative, there were two options that we explored as a team. So with the teaching team, I presented two possible scenarios, and then basically went along with the consensus of the team,” said Neubauer. “And so the first scenario was to run it like a business and have managers and a CEO, running it very much like a business structure. And then the other option was to run it more like a not for profit enterprise.”

Neubauer notes that non-profit organizations are often the ones making great changes in the world and community, but also often lack candidates willing to enter these leadership positions and help organize towards execution of the non-profit’s goals. Part of the decision to opt for the board of directors model was to familiarize students with this model and build skills that may be helpful in their futures.

“We’re really helping to build leadership capacity in our students, public speaking, their ability to present and articulate an idea or plan or a concept, and then understand how it all has to fit together,” said Naubauer. “So we’ll have our board of directors which will be comprised of the President, Vice President, Secretary Treasurer and then we’ll have three board members at large. And then from the board we are going to create committees of the board so members of the board will then serve as chairperson for five different committees.”

These committees are currently planned to be livestock, crops and produce, sustainability, finance, and communications, with the goal of creating jobs for other students in the ADC outside of the board to help where they have interest or expertise.

“Maybe a student isn’t that interested in livestock and crop production, but they’re a wizard with creating video and building a website, and maybe doing marketing, media, those sorts of things. So we’ll find that role for them to fill. So ultimately, the kids are going to be responsible for making decisions,” said Neubauer.

“In the background, the teachers—which I have to say, we’ve had unbelievable commitment and support from the teachers of Irvine School, that’s what makes this possible— between myself and the teachers, we will be driving the discussion. But maybe we’ll present two options to the students,” said Neubauer. “And you know, either option would be beneficial for the operation of the ADC, but the students themselves will be able to be empowered to make that decision as to how they want to move it forward.”

The students will learn about budgeting and cashflow, as well as the process for applying to grants and other life skills that Neubauer hopes will serve them in their future careers, regardless of whether they decide to pursue agriculture.

“Their contributions are going to make this something that maybe we wouldn’t even have thought of, and there’s also lessons to be learned in some things that maybe don’t work out the way that we plan as well,” said Neubauer. “It’s not that we’re trying to set all the chess pieces up so that it’s all smooth sailing, they may have some theories and some ideas about things that they want to do, and then we’ll do some evaluation and see how it works out. Sometimes there’s good learning to happen in mistake making as well.”