Cypress County doing what it can to help decrease soil erosion 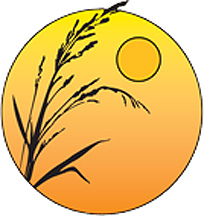 Cypress County is taking a proactive approach to mitigating some of the damage from the prairie winds with their soil conservation bylaw.

The bylaw was established in November of 2021, said Lisa Sulz, Agricultural Fieldman with Cypress County.

“There have been neighboring municipalities having soil erosion issues, just due to high winds and maybe no permanent cover of any kind. So when there is wind, the ground blows.Some of these other municipalities were having issues and the Cypress County Ag Service Board just wanted to be proactive and have something in place in the event that we would ever have to deal with it,” said Sulz.

The County experiences some erosion every year, but hasn’t had any noteworthy issues or impact to drainage that brought on the bylaw, said Sulz, and instead was an attempt to be proactive and prevent any serious issues from forming.

“Some of the other municipalities have, like it has filled the ditches and that sort of thing. So that causes problems for other areas and that but there hasn’t been anything very concerning for us, just simply that we were going to be proactive and have this in place in the event that it ever does happen,” said Sulz.

“[The bylaw] permits county staff to enter onto land to inspect if, if that would be necessary,” said Sulz. “And it would outline the process to remedy the situation if there was one that we were concerned about and, and to provide enforcement measures, which enables the staff to either issue an order or a violation ticket.”

The bylaw also allows the County to put costs onto landowners, in the event that they have to remove blown soil from the ditches after the landowner has failed to do so, said Sulz, to allow the county to recoup the costs of the cleanup.

“It’s here and, and ready to go in case that something like that would ever occur for us. We always hope for compliance and, and that sort of thing, but if we ever needed to go down that road with it, well, then we can,” said Sulz.