Agriculture Canada looking for producers willing to have grain traps 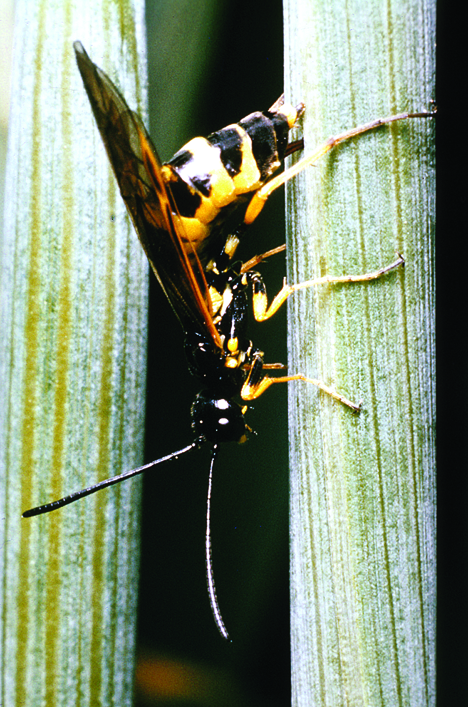 Agriculture Canada is looking for producers in southern Alberta to participate in a grain bin survey in the fall of 2022.

The survey will begin in early fall, around mid-September, said Vincent Hervet, a Research Scientist with Agriculture and Agri-Food Canada who studies Stored product entomology.

“We might end up doing some sampling in October too, depending on the weather and the time of harvest. And we are looking for insects that feed on stock grain,” said Hervet. “So it has been many decades since any such survey was done. And so we don’t know if the insects that are present in the grain bins are the same. So are there new species coming? Because of global warming, because of trade, that we need to be concerned about? Or is it the same old species. We want to get a feel of if there are new species in Canada or in certain regions, or with different species are causing problems. But we keep an eye on everything that’s going on around the bin. So we wanted ground temperature, as well as moisture content. So we take half a kilogram that we bring to the lab and we have a moisture meter that tells us the moisture content to see if the grain is in good condition or not.”

Producers who participate in the study will have probe traps placed within their grain bins, as well as a funnel and bucket trap placed on the group around the bin, to capture insects both inside and outside of the grain, as any insects living in spillages or around the bin may invade the bin later in the season, said Hervet.

“To monitor insects, we use the probe trap; it’s a kind of pitfall trap. It’s one foot long and it has basically a grate all around. And so you push this into the ground last and the insects the cords through the ground and they go through the holes and they fall down at the bottom. And on the bottom there is a receptacle that catches the insects.. And so we leave the traps in the ground for two weeks. And then we collect what the trap has caught,” said Hervet.

The captured insects will be identified and a report will be sent to the producer on what was discovered, said Hervet.

“Information regarding the farms and their owners will remain confidential and be used strictly for research purposes. If insects of interest are found they will only be linked to the RM or city in which they are found,” said Hervet. Specific land will not be named in any publications.

The survey will take minimal effort from producers, as the survey team will install and remove the traps, though they will need to answer questions regarding date of harvest, moisture content at the time of harvest if known, and if the grain is aerated.

All interested parties are encouraged to reach out to Hervet or his technician Kelsey Jones for more information and to arrange for the installation of the traps next Autumn.